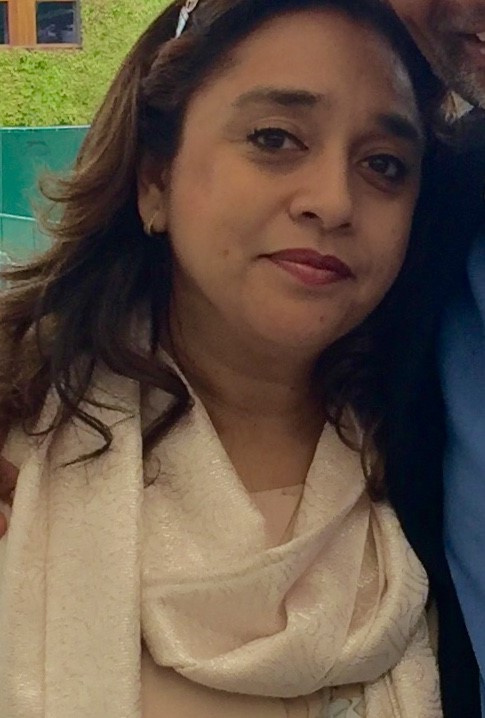 Rifhat has been nominated by Pria Bhabra, a winner in last year’s awards. Pria says: “Here is a woman of substance who touches the lives of many, that some of us can only aspire to do.

Rifhat is the co-Founder of Give a Gift, a Leeds-based grassroots organisation set up to bridge the gap between communities and statutory services, to provide them with what they actually need!

Where services have struggled to support these groups, she has turned nobody away. She’s built relationships with local businesses and encouraged them to take responsibility and help with donations, clothes, food, hot meals, food parcels, presents for children and more.”

Who has she helped?

“Rifhat assists vulnerable people who do not have access to public funds, those who live below the poverty line, those who have nowhere to go, those that are new to the city as well as those who were born here.

There are hundreds of examples! Here are a few: the unexpected death of a young boy following heart treatment left his distraught parents unable to afford a burial. They had no one to turn to. When Rifhat was told of this, she mobilised her networks to organise his funeral and the family was able to give their son a dignified farewell.

On another occasion, a young man with disabilities wanted to support his local hospital which had helped him. She helped to raise funds to provide brand new toys/equipment for the new children’s play room.

And for the last five years, she has supported PAFRAS (Positive Action for Refugees & Asylum Seekers). At their Wednesday drop-in, a hot nutritious meal is provided by Give a Gift, Leeds Grand Mosque and the local community. Previously, the group would have been given a basic meal consisting of plain pasta and boiled vegetables.”

“Rifhat wants to see people living a normal life. She tirelessly does everything that she can so people have a roof over their head, a hot meal and basic essentials.

In addition, she raises funds for children’s charities such as Martin House Children’s Hospice where she is a Trustee, Children’s Heart Surgery Fund and, more recently, Candlelighters.”

What have you learned? Any challenges?

Rifat says: “Initially, the main challenge was that there were not many South Asian women leading this type of work. I was fortunate that my husband was already immersed in the charity /community sector so gave me the encouragement and support I required.

On the downside, I was known for a long time as ‘Hanif’s wife.’ But one of the lessons I have learned is that if you persevere and are prepared to speak up for people’s rights and follow this up with action, a woman can make her own mark on society.

It’s a real challenge detaching yourself as you come across some very harrowing stories. It can mean trying to hide your emotions but I’ve often cried when we haven’t been able to provide the full support that people need.

Unfortunately I also learned that even when you are trying to genuinely do good for others not everyone perceives it in that way. You have to grow a thick skin to deflect criticism or negative remarks.”

What help, resources or contacts do you need?

“This client group is not popular with funders as it is unsustainable so I’ve had to beg, borrow and rely endlessly on people’s goodwill to help. It’s a struggle to demonstrate the wider benefits to services and not being able to support the impact on settled communities.”

Why we’re sharing these stories

An individual or organisation from each of our five categories will be recognised at our Igniting Inspiration recognition event in November, but we want to publish all relevant stories to spread awareness of all the positive work that goes on in the North!

Buy tickets for the celebration event in Nov

Join the movement – become a member of IWC

Get our insights direct to your inbox